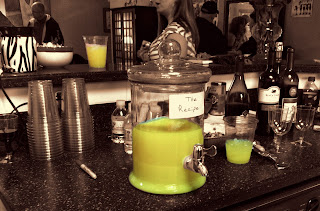 And so, at last, in response to numerous requests, I am going to release the secret of The Recipe.
You've all heard about it numerous times and lusted after that sublime mixture I'm sure. And now it will be yours.
You may remember the name from a long-defunct TV show called The Waltons. You know, John Boy and the family, and most relevent to this missive, the aunts who made a similarly-sublime concoction they called by the same name.
This is not that.
They distilled that recipe from corn out in a shed in the woods. Mine is much more elegant but just as potent.
I first learned the necessity of a subtle brew when I married and my mother-in-law came to visit. When she rose in the mornings like the sun in the east, my day would head south. So I fortified myself with a good hearty slug of Kaluha in my breakfast coffee. Then certain other guests began showing up for dinner, and I had to find something else because all that black coffee was bouncing me off the walls.
Richard loved company and he had an ecclectic taste in friends. His longtime buddy Frank was a mountain-man type with a long bushy beard, wild eyes and a dog named Satan. If other guests didn't decline when they heard he would be stopping by for dinner, they left shortly after he arrived. Frank caught big fish with his bare hands and threw big rocks for Satin to catch (which he did), and Richard thought he was da bomb. I thought it was time to have a little taste of my special orange juice.
One day Richard brought a new friend home. His name was Cecil Ilignac, and he was an Eskimo. He was in Texas looking for his grandmother, who had been kidnapped by a man who wanted her for her abiltiy to make those cute Eskimo booties. Richard and Cecil plotted to rescue her, and one day they snatched her out of captivity. She departed on a bus for Vancouver. They came home with the dramatic details, and I made up a pitcher of The Recipe.
I started drinking it after a few hours of teaching our teenagers to drive. Then I learned it worked a lot better if I had it before crawling into the passenger seat.
Finally I discovered that The Recipe was a good social blender. It didn't matter whether Richard invited his friend the district judge along with the mountain man, the Eskimo and the Englishman he met in an antique shop. If I served The Recipe, they all got along fine.
Over the years it has become a party favorite and has enjoyed renown in my column. After I served it at a large book-signing party at my house the clamor for its ingredients began in earnest. And so, my friends, here it is: The Recipe - sort of.

No you may not make this stuff in smaller quantities. If any is left over after a party your guests, who will almost always spend the night, will finish it off for breakfast.
Cheers! 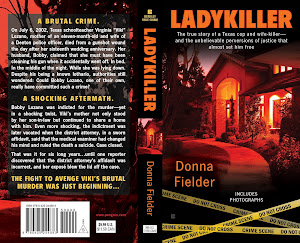